When Big B tweeted out a ‘job application’ 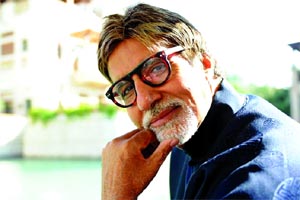 Amitabh Bachchan has a solution to Deepika Padukone and Katrina Kaif overshadowing their leading men - hire him instead of not-so-tall actors. In a witty take on a news piece about Deepika and Katrina being “too tall” for Shahid Kapoor and Aamir Khan, the 76-year-old megastar tweeted out his job application. Sharing a picture of the article, Bollywood’s Shahenshah wrote, “Job Application : Amitabh Bachchan DOB 11.10.1942 .. age 76 .. 49 yrs experience in films .. approx 200 films acted .. speaks Hindi .. HEIGHT 6’2’’ .. available .. You shall never have height problem !!” On the work front, Big B was recently seen in a guest appearance in ‘Pad Man’. The actor will be starring in ‘Brahmastra’ starring alongside Alia Bhatt and Ranbir Kapoor. The film is directed by Ayan Mukerji and is slated to release on August 15, 2019. He will be soon seen in Rishi Kapoor starrer ‘102 Not Out’.