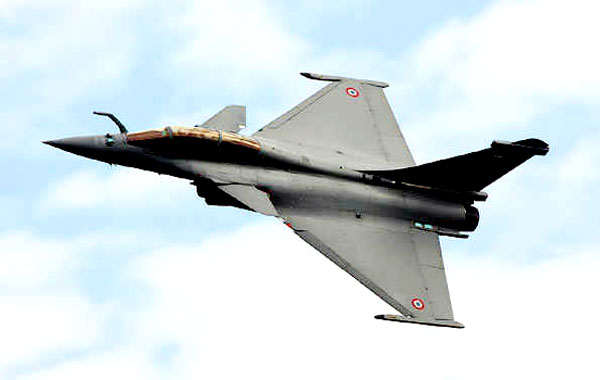 New Delhi, In a sharp attack on Prime Minister Narendra Modi on the Rafale deal, Congress president Rahul Gandhi on Thursday charged the Modi Government of punishing a whilsleblower who raised objections to the deal and rewarding a senior officer who overlooked him. In a ‘poetic’ post on social media, the Congress president said,’’after snatching Rafale deal from the Hindustan Aeronautics limited, the duo of Modi and Ambani reduced the strength of the armed forces. The officer who tried to stop the loot was punished by the preferred officers of the Government who were rewarded for their effort. People are shuddering at the corruption and will together put an end to the loot by the fraudsters.’’ Earlier on Thursday, the Congress, describing the statement by former French President Francois Hollande and the fact that no one in the present Government in the country has contradicted it as a confirmation of corruption in the Rafale deal, said that Prime Minister Narendra Modi must break his silence on Hollande’s statement. The Congress also alleged that the Modi Government had sent on leave a joint secretary in the Defence Ministry Rajeev Verma who questioned loss to Government Treasury by paying 300 per cent extra for 36 Rafale. It also alleged that his senior, DG Smita Nagaraj, who overruled the Jt Secy, was made a member of UPSC for covering the corruption in Rafale.