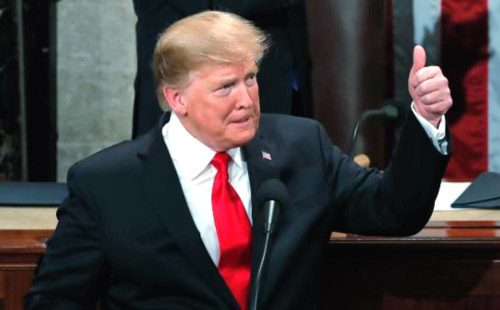 Washington, White House physician Sean Conley declared US President Donald Trump to be in "very good health" after he underwent an annual medical examination at Walter Reed National Military Medical Center. "I am happy to announce the President of the United States is in very good health and I anticipate he will remain so for the duration of his presidency, and beyond," Navy Cdr. Sean Conley, the physician to the president, wrote in a memo summarizing the examination which that lasted nearly four hours and included 11 specialists. Conley provided no further details about his assessment. He said reports and recommendations regarding Trumps health are "still being finalized." . Periodic medical exams for the US president are a tradition that goes back decades, and historically, presidential checkups tend to buoy whatever image the president has presented about his health.