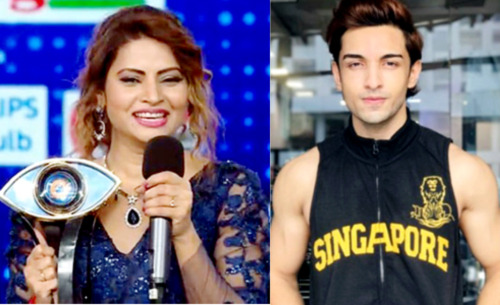 New Delhi, Goodbyes are never easy especially when your friends leave your side.After an emotional farewell to Sourabh Patel from the 'Bigg Boss' house, contestants were left disheartened and were seen reminiscing their days with him. A little too early one might think Sourabh made some strong and special relationships during his stay in the house. Adding light to the dull atmosphere, Bigg Boss surprised the contestants with two dhamakedar wild card entry. Rohit Suchanti entered the house and was welcomed with open arms. Rohit mingled with the contestants quite well and started strategising with the other contestant on how to play the game and secure their place in the house. Next morning, the contestants woke up to the song ‘Tune Maari Entry’, unaware of another wild card entry that would shock them. Soon anxiety took over as Bigg Boss announced the nominations for this week. As part of the nomination process, Bigg Boss divided the contestants into groups of three and each group was called in the activity area where they had to mutually decide one name for nomination. Adding a twist to the game, Bigg Boss invited a celebrity whose identity was not revealed. This special guest could ask question to the contestants at any time and will be the one to decide that who should be nominated out of the three. The nomination process didn’t go well with some of the contestants and the battle of words thus ensued. While Surbhi and Saba targeted Sree Santh, the other contestants were seen bickering amongst themselves due to the nomination process. Later in the evening, an ex- contestant and Bigg Boss Marathi winner, Megha Dhade entered the Bigg Boss house which left the housemates confused. While some contestants were thrilled to see these wild cards, the others were giving them cold vibes. Megha immediately started to converse with the contestants and tried to encourage them to make the game more entertaining and interesting. Will the wild card entries in the house make the contestants strengthen their game or will they challenge themselves to give their best or will they give up to their opponents.