Will Parineeti Chopra bag ‘Housefull 4’ and not Sonakshi Sinha? 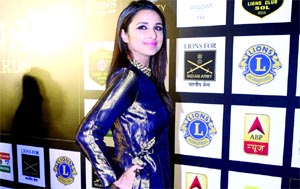 Bollywood actresses are often seen vying for the same role in big banner ventures. So, there’s nothing new in it. Some time back, reports suggested that Sonakshi Sinha might be seen in superhit franchise ‘Housefull 4’.But now reports suggest that ‘Golmaal Again’ star Parineeti Chopra too is in the race. According to DNA, although the makers are yet to officially announce the film, Sonakshi’s name as the leading lady in ‘Housefull 4’ has been doing the rounds. The report quotes a source as saying, “Sonakshi’s mother, Punam Sinha, has been calling up the producer and director, asking them to take her daughter in Housefull 4. She wants Sonakshi to be paired opposite Akshay Kumar in the hit comedy series. The actress, too, wants to be a part of the project but the team is yet to take a final call on her casting. Meanwhile, they are in talks with a few other heroines too.” ‘Housefull 3’ had a great impact at the Box Office with Akshay Kumar, Abhishek Bachchan, Riteish Deshmukh, Jacqueline Fernandez, Nargis Fakhri, and Lisa Haydon in the lead roles. The film was co-written and directed by Sajid-Farhad. It was produced by Sajid Nadiadwala under his banner Nadiadwala Grandson Entertainment.