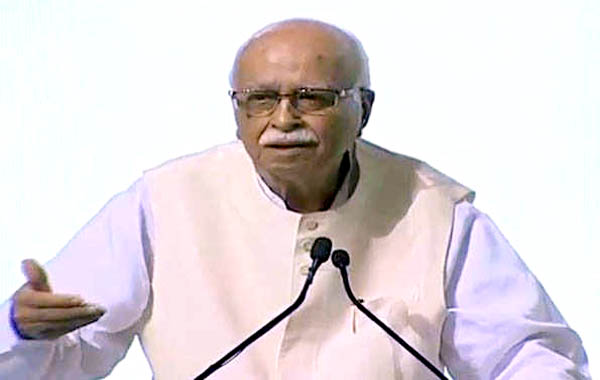 New Delhi, BJP veteran LK Advani on Monday paid rich and emotionally-charged tribute to his long time compatriot and former Prime Minister Atal Bihari Vajpayee on Monday. "I have addressed many meetings in my life, but I never thought there will be a day when I will address a meeting without him", Mr Advani said in a prayer meeting held at Indira Gandhi Indoor stadium. Recalling many anecdotes of their long association- from Jansangh to laying the foundation of the BJP, the former Deputy Prime Minister said he has "personally learned a lot from Vajpayeeji". "What we are saying today would have been good if we are to say these in presence of Vajpayee himself", he said. Mr Advani said the real tribute to Vajpayee would be to implement and live the life according to the roadmap and teachings of Vajpayee. The event on Monday and BJP patriarch Mr Advani addressing the meeting owes its own significance as after long time the member of party's 'Margdarshan Mandal' broke his silence and spoke in public.