Woman-Daughter duo end lives not based on their bank loan : AIBEA clarifies 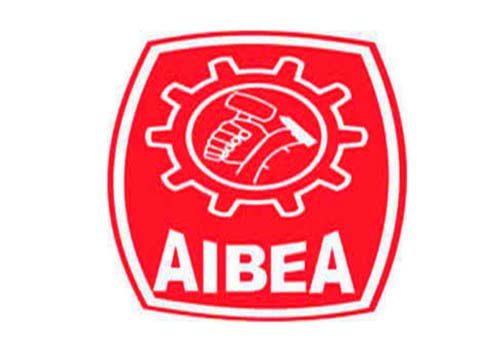 Ernakulam, All India Bank Employees' Association (AIBEA) on Saturday clarified that the unfortunate decision taken by a woman and her daughter to end their lives by setting ablaze after pouring kerosene on themselves at Marayimuttam near Neyyattinkara on May 14, was not based on their bank loan and followed by a legal notice sent to them by Canara Bank, Neyyattinkara Branch in Kerala attaching their house property. In a release here, AIBEA General Secretary Ch Venkatachalam said the recent incident related to Canara Bank Neyyattinkara Branch in Kerala and the outrage by some political parties, some organisations and general public on this is totally unwarranted. Without knowing or verifying the facts, bank branch/office have been attacked and bank staff threatened and harassed.He said even some Ministers have made statements which have added fuel to the fire. The statement by State Finance Minister Thomas Isaac that the house property cannot be attached by banks for recovery of overdue loans, is neither lawful, nor helpful to the banks, who have given such loans only on the strength of the value of the house property mortgaged to the banks. Mr Venkatachalam said this statement needs to be retraced as otherwise banks will find it difficult to sanction loans against house property. Public Sector Banks in the last 50 years have immensely contributed for the economic development and particularly catering to the needs of the common masses on a priority basis.Already there are attempts by the Government to privatise and handover the Public Sector Banks to Corporates. Such unwarranted attacks on public sector banks will only help to add strength to the moves of the Government to privatise the banks, he added. AIBEA is proud that we fought and achieved Nationalisation of Banks and bank employees are relentlessly fighting back all attempts of privatisation. It is unfortunate that these patriotic bank employees are unfairly attacked and humiliated. This will only frustrate the thousands of young employees and officers, who have joined the bank and working in the banks despite various pressures and difficulties, the Top Union Leader said. Banks are bound by the rules and policies both for grant of loans and recovery thereof. Banks have their roles and responsibilities to recover the loans, within the purview of the procedures. While public should not be harassed in the name of loan recovery, the permitted legal measures will have to be taken by banks and managers. If loans are not to be recovered at all, Government can make such schemes and absolve the managers for non-recovery. But banks will cease to be banks if loans are not to be recovered. We appeal to Chief Minister Pinarayi Vijayan to order necessary inquiry into the whole incident including the statements by Ministers and political attacks on Banks and Bank Staff in discharge of their duties.