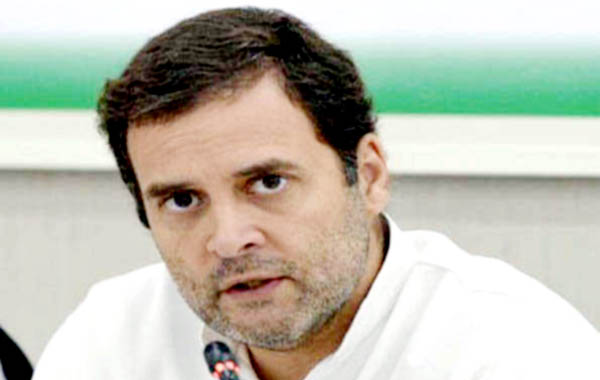 New Delhi, Attacking the Narendra Modi Government on the Rafale deal, Congress president Rahul Gandhi on Wednesday said the NDA has begun work on justifying the decision taken by the Prime Minister on the deal. In a tweet, Rahul, reacting to the Supreme Court on Wednesday asking the Union government to furnish details about the decision-making process leading to Rafale deal, said that the work has already begun to justify the decision of the PM to sign the deal and that in this regard the Defence Minister was leaving for France on Wednesday night. In a post on social media, Rahul said,’’the Supreme Court has asked for the RAFALE decision making process. It’s quite simple really... The PM decided. The processes to justify his decision are yet to be invented. But work has begun. Ps. In this connection, Raksha Mantri is leaving for France tonight.’’ The Supreme Court on Wednesday asked the Union government to furnish details about the decision-making process leading to Rafale deal. A three-judge bench, headed by CJI Ranjan Gogoi, said, "This Court seeks report from the Union government with respect to the decision making process in a sealed cover." The bench said it is not issuing any notice to the government at this point of time.The court issued the order during hearing of a PIL against the Rafale deal between India and France.The petition also sought information about the contract given to Reliance by Dassault. The Congress and party president Rahul Gandhi have been attacking the Government on the deal for Rafale fighter jets alleging that the price at which the NDA signed the deal was three times the price at which the previous UPA Government had signed it.