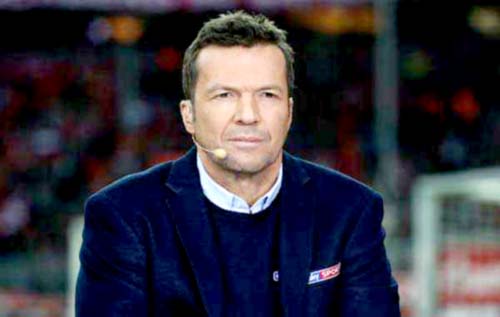 Kolkata, Germany’s Bundesliga is bringing former World Cup football icon Lothar Matthäus to India for a three-day visit from December 4 as part of the Bundesliga Legends Tour designed to inspire and connect Indian fans to the Bundesliga. The captain of the 1990 World Cup winners will take part in his first ever tour to India, during which he will participate in a number of fan and media activities. Former FIFA World Player of the Year, Matthäus, will visit several football development projects and attend Indian Super League games in Kochi (December 4, KBFC vs Jamshedpur FC) and Mumbai ( December 6, MCFC vs CFC). During his trip he will also meet several key stakeholders within the Indian football ecosystem, including the Bundesliga’s media partner Star Sports to shoot special episodes for Star Sports Select. The Bundesliga trophy, the ‘Meisterschale’, will follow the legend and will be on display in both Kochi and Mumbai for fans to get their photo with the world-famous trophy. On December 4, the former FC Bayern München star will meet with Kerala Blasters fans at the Marriott Hotel in Kochi. Afterwards, he will be on hand to inspire Indian youngsters at the Reliance Foundation Youth Sports Kochi Finals before heading to Jawaharlal Nehru Stadium to watch another World Cup hero, Tim Cahill, in action as KBFC play JFC in the Indian Super League that night. The next day Matthäus will arrive in Mumbai to undertake some media activities then spend time with Indian youths at the Borussia Dortmund football school at Cooperage. Later, in the evening, he will meet with special guests, including members of the Indian football community, at the German consulate. Speaking about how the Bundesliga can support the growth of Indian Football, Matthäus said: “I’m proud to be part of the Bundesliga’s Legends Tour here at what is an incredibly exciting time for Indian football. Having produced a long line of exciting world-class football talent, such new American team captain Christian Pulisic, 18 year-old Bundesliga Player of the Month Jadon Sancho (both Borussia Dortmund) and World Cup winner Benjamin Pavard (VfB Stuttgart), I’m keen to share my thoughts on how India can benefit from the Bundesliga’s renowned success in youth development. I’m really looking forward to helping India reach the next level whilst also getting to experience the country’s rich culture and warm hospitality.”