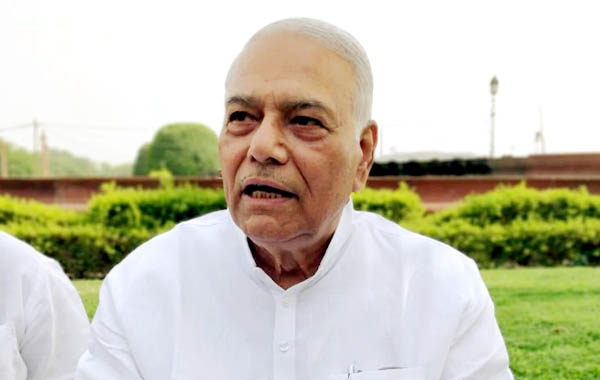 New Delhi, Former Union Finance Minister Yashwant Sinha, who recently quit BJP, on Tuesday challenged the opposition parties to 'hit the streets' with protest against escalating prices of petrol to expose the government failure on the demonetisation move. "Petrol, diesel and gas prices are rising and are hitting all time highs daily. Why are opposition parties not hitting the streets? What are they waiting for?," Mr Sinha tweeted. Meanwhile, in an article in NDTV website, Mr Sinha flayed the government for its demonetisation move and said according to a World Bank report, the Indian economy declined by 7.3 per cent in the first two months after note ban was enforced. "The damage done to the economy through this foolish exercise is yet to be calculated, like all the notes are yet to be counted. Perhaps both these tasks would have to be done by the next government," he wrote.